Over the past few decades, composite materials have penetrated all sectors of industry. In a market ultra-dominated by thermosetting composite materials, thermoplastic composites are gradually making their mark. And future innovations, in particular with regard to recycling, should enable them to gain a lasting foothold.

Composites: two materials in one

Composites have the wind in their sails. Their utilization is becoming widespread in all sectors. Traditionally used in the water sports sector, they are now found in aeronautics, automobiles, wind turbines, and sports equipment. Their advantage? Their lightweight yet robust properties resulting from the assembly of two non-miscible materials which, when taken alone, do not offer the same properties.

A composite comprises a frame, called reinforcement, which provides the mechanical resistance of the composite material (carbon fiber or fiberglass, for example), and a matrix which can be metallic, mineral (ceramic) or organic—i.e. thermoplastic or thermosetting polymer resin-based plastic. Organic matrix composites (OMC) reinforced with carbon fiber or fiberglass make up by far the largest volumes currently used on an industrial scale.

This multiplicity is a golden opportunity for composite materials. It enables them to be designed according to the technological and economic performances the client is looking for in the application."

Every year, 10 million tons of organic composite materials are currently produced worldwide (JEC figures). This figure is well below those of other materials: 300 million tons for plastic and nearly 1.7 billion tons for steel. But the market is growing every year by around 5%.

This growth is mainly due to the increasing value placed on lightweight and high-performance materials. In the transport sector in particular, gains in weight reduction effectively mean reduced energy consumption and lower CO2 emissions. “To make their aircraft lighter, manufacturers initially turned to aluminum. They are now finding composite materials attractive,” explains Michel Glotin. From the blades in the LEAP engines on the Airbus A320neo, to the fuselages of the latest aircraft designs, composite materials can take several tons off the total weight. In some modern aircraft including the A350 or the Boeing 787, composites make up 50% of materials used. Barely exceeding €7 billion in 2014, the global market for composite aerostructures should exceed €14 billion in 2020 (KEONYS figures).

In the automotive sector, composite materials have been used since the 1980s to make certain bodywork components, for example on the Citroën BX or the Renault Espace. And as their small series production is based on smaller investment compared to that required for forming traditional materials, they are also found on luxury models. McLaren, the UK sports car manufacturer, even opened a Composites Technology Center at the end of 2018. Its objective: to make their future models the lightest in their respective categories. 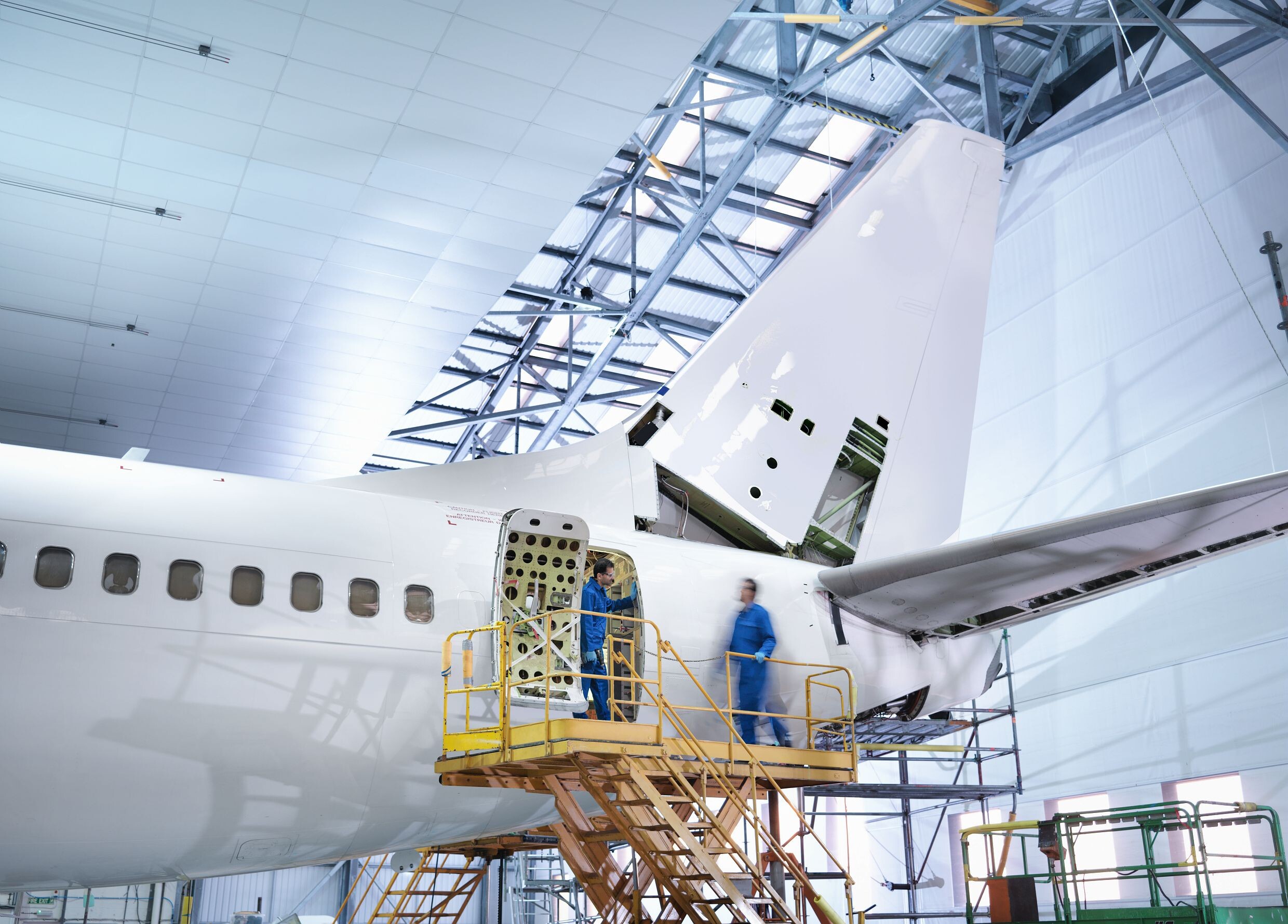 Composites for a variety of applications

Composite materials are found in many other products: bike frames or golf clubs, electrical equipment, etc. The prosthetic leg made famous by South African athlete Oscar Pistorius was manufactured using epoxy resin-impregnated carbon fibers. This ensures particularly effective energy returns. In addition, the possibility of rendering the composite materials biocompatible (with flax or hemp fiber reinforcements) opens up many other opportunities.

The construction sector is also beginning to appreciate the performances of these materials. For bridge designers, they offer a rigidity and resistance to weight ratio superior to steel, for example for reinforcement cables. They also provide corrosion resistance for reinforced concrete structures which would be considerably weakened by corroded steel.

Finally, composite materials have also contributed to the development of renewable energies. For example, wind turbine blades have always been made of composite materials. Similarly, in the electric cars of the future, we could be seeing hydrogen tanks or battery packs made from composites. 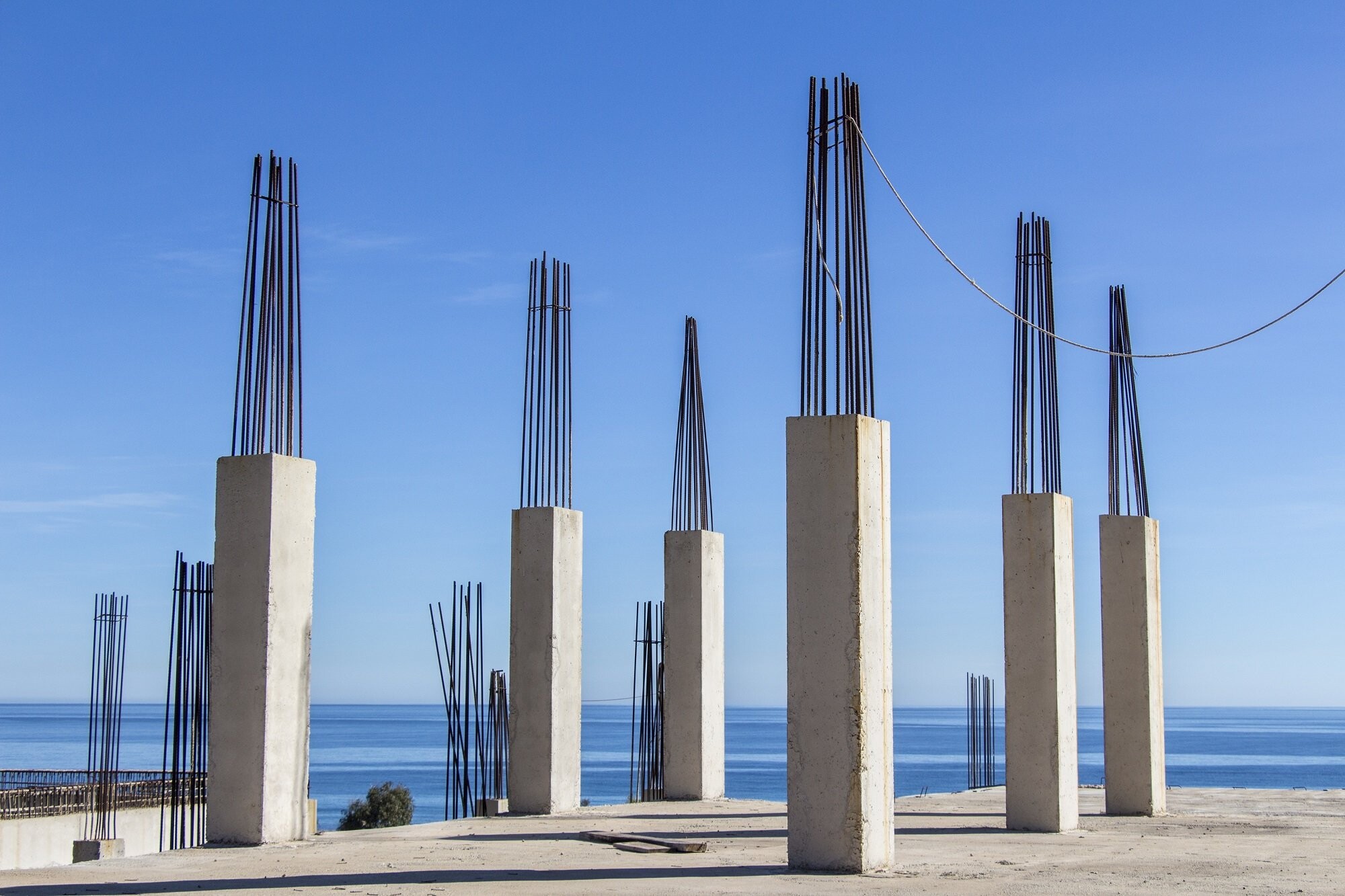 In the vast majority of cases, organic matrix composite materials offer the best solution for industrial requirements. Thermosetting composites have always had a predominant position in this market. “Thermosetting” because when heated, their matrices—mainly epoxy or polyester resins—undergo an irreversible polymerization process which sets them permanently. And in addition to their intrinsic performances, they make it possible to produce complex structures and shapes while remaining relatively simple to use. But, “production rates are reaching their limits and it is becoming difficult to lower unit production costs still further,” says Frédéric Ruch, Head of the Polymer and Composite Engineering Department at Cetim Grand Est.

From thermosetting composites to thermoplastic composites

This is why around ten years ago, certain industrialists, including Arkema, came up with the idea of using thermoplastic matrices including polyamide resins (PA), fluoropolymer resins (e.g. PVDF) or polyetherketoneketone (PEKK). They owe their name to their capacity to irreversibly soften or set depending on the temperature.

“Everything then had to be reinvented, from development methods to component production techniques,” says Frédéric Ruch. But according to the experts, it was well worth it as thermoplastic composites promise to revolutionize the materials sector. And the market seems to agree. The thermoplastic composite materials market is now growing faster than the thermosetting composite market.

The watershed for thermoplastic composites

The success of thermoplastic composites is first and foremost due to their performances, which are at least as effective from a mechanical point of view as those of epoxy resin-based composites. Some are even more high-performance: they offer greater resistance to impacts and better long-term performance.

Thermoplastic resins require storage conditions which are not as stringent as liquid thermosetting composite resins, which often have expiration times of a few months. As for implementation, manufacturing processes specific to thermoplastic composites have had to be developed, but they enable rapid manufacturing cycles. Finally, they can be assembled by simple thermowelding: the number of often intricate bonding operations required for thermosetting composites is therefore lower.

Such qualities encourage the work focusing on the maturity and automation of component production processes. At ambient temperature, the polyester and epoxy resins of the thermosetting composites have a natural liquid form which is easier to manage. Thermoplastics, on the other hand, come in solid form. These are powders or granules that need to be heated, sometimes up to several hundred degrees, before forming. Thermoplastic composites are most often commercialized in the form of semi-finished products, carbon fiber tapes pre-impregnated with resin or fabrics pre-impregnated by the polymer, also known as “prepreg”. In the case of tapes, according to the most common process known as automatic fiber placement, these are first cut, then stacked and heated to be bonded and then finally transferred to a forming machine where they are consolidated and cooled.

New technologies will soon be available to industrialists, however. Developed by Cetim, the QSP® (Quilted Stratum Process) for example, is “a sort of hybridization of technologies from the plastic and composite industries,” explains Frédéric Ruch. It allows parts in thermoplastic composite materials to be manufactured at high production rates—up to 5 kg of material per minute—and at low costs. All with guaranteed performance levels.

Other avenues are also being investigated, as is the case for Arkema with its Elium® thermoplastic resin. This resin offers the advantage of having a liquid form at ambient temperature, just like a thermosetting resin. “It can therefore be implemented using the same processes as those used for thermosetting resins,” says Guillaume Clédat. “With one huge advantage: the thermoplastic properties of Elium® enable the production of fully recyclable thermoforming and thermosetting parts.”

Recyclability is the last, but certainly not the least, advantage offered by thermoplastic composite materials when compared to thermosetting composites. At the end of their life cycle, most of them are simply sent to landfills because recycling is not considered an economically viable option. “50 years ago, this was not even an issue. In the future, it will be unthinkable to launch a new material that cannot be recycled,” according to Frédéric Ruch. Through our own ecological conscience, but also increasingly from regulatory pressure. In certain sectors such as the automobile industry, the inability to recycle a material is already considered a genuine obstacle to its adoption. In China, a new obligation to recycle wind turbine waste could soon come into force. This perspective may have led local industrialists in the energy sector to be the first to look into the matter of the recyclability of composite materials used, in particular for blade design.

Two processes are being considered to recycle thermoplastic composites. The first involves simply grinding the parts then mixing the mash with a virgin thermoplastic resin. This results in a sort of reinforced thermoplastic material with mechanical properties that are still less attractive than those of the initial composite. But there are new and more high-performance solutions, like the one proposed by Cetim, for example: a technique which involves re-agglomerating the ground material into plates with characteristics similar to those of a composite material.

Another strategy, backed by Arkema, aims to depolymerize the resin to extract the monomer which originally formed the matrix of the composite, after grinding composite parts in Elium® resin. “On a laboratory scale, we were able to obtain a monomer that was more than 90% pure,” announced Guillaume Clédat. A recycling project with a wind turbine blade weighing several tons is underway. A pilot unit capable of processing around 30,000 tons of composite per year is set to be installed in the Netherlands by 2023. “Thanks to thermoplastics, recycling composite materials is about to become a reality,” confirms Guillaume Clédat.

Arkema is counting on a unique offer of thermoplastic composite tapes

4 mn
Read more
Share this page
This website no longer supports your web browser (Internet Explorer). Please try the latest version of one of these web browsers: Chrome, Firefox, Safari, or Microsoft Edge.