Polyamide 11, also known as PA11 or Nylon 11, is a 100% bio-based polyamide polymer that has been used in a variety of industries including automotive, oil and gas, and sporting goods for the past 70 years. As additive manufacturing transitions from prototyping to the production of end-use parts, PA11 is increasingly selected as the material of choice for its superior mechanical properties, ease of use, design flexibility and sustainability. We explain more in detail the difference PA 11 and PA 12, and their respective specificities in 3D printing

Additive manufacturing is quickly emerging as an innovative technology in the production of complex geometries, customized products, and thanks largely to industry response to the needs of manufacturing at scale with advances in speed, quality, cost and reliability. Trusted to perform in some of the most extreme environments, PA11 is often specified to address the most demanding needs from additively manufactured parts. PA11 is the cost-effective, eco-friendly choice that consistently delivers in high performance and durability.

Similarities between PA11 and PA12 polyamides

Chemically speaking, PA11 and PA12 are very similar polymers, differing only by one carbon in the polymer backbone. However, that single carbon atom makes a tremendous difference in how the polymer arranges itself to form three-dimensional objects. Both polymers are commonly used in powder-bed fusion processes like laser sintering (LS) and multi-jet fusion (MJF), which are considered the fastest of the 3D printing technologies. Both PA11 and PA12 offer strong resistance to chemicals, excellent resolution and the ability to recycle more than 50% of unfused powder after a build. 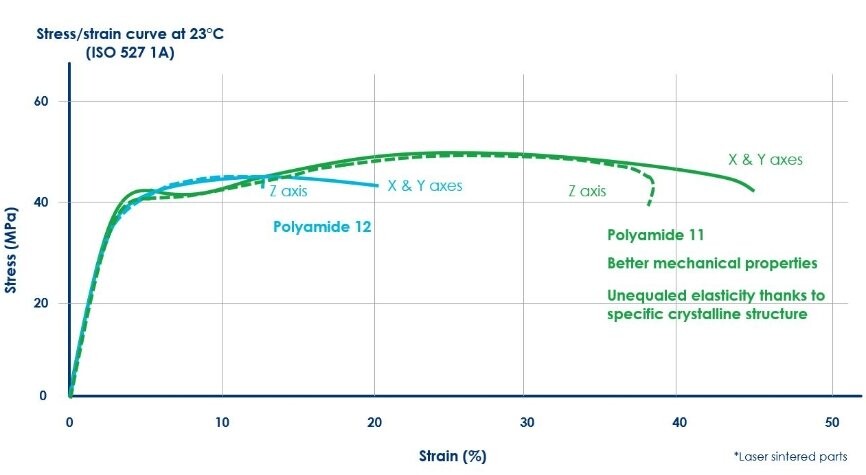 Thanks to its unique crystalline morphology, Rilsan® PA11 offers superior mechanical properties compared to its petroleum-derived counterpart PA12. The benefits are most apparent in ductility, impact strength, abrasion and fatigue resistance, especially at very cold temperatures. For these reasons, PA11 is chosen when parts are made for production rather than prototyping. Additionally, a major drawback in 3D printing is that the strength of the part in the plane of the layers is typically much weaker than the strength in the XY plane. PA11 helps resolve this issue with superior isotropic performance compared to that of PA12.

While additive manufacturing is still a relatively novel production technique, designers are excited about the potential of creating products with new geometries and simplifying their supply chains. Thanks to the benefits in mechanical properties, PA11 is well suited to help achieve these goals. For example, since PA11 has excellent ductility, parts can be designed with thinner walls, resulting in lighter, lower-cost parts, reduced waste and faster production times. Since PA11 offers superior impact and abrasion resistance, parts will have a longer serviceable lifetime, again saving costs and reducing downtime for the systems in which they are incorporated. 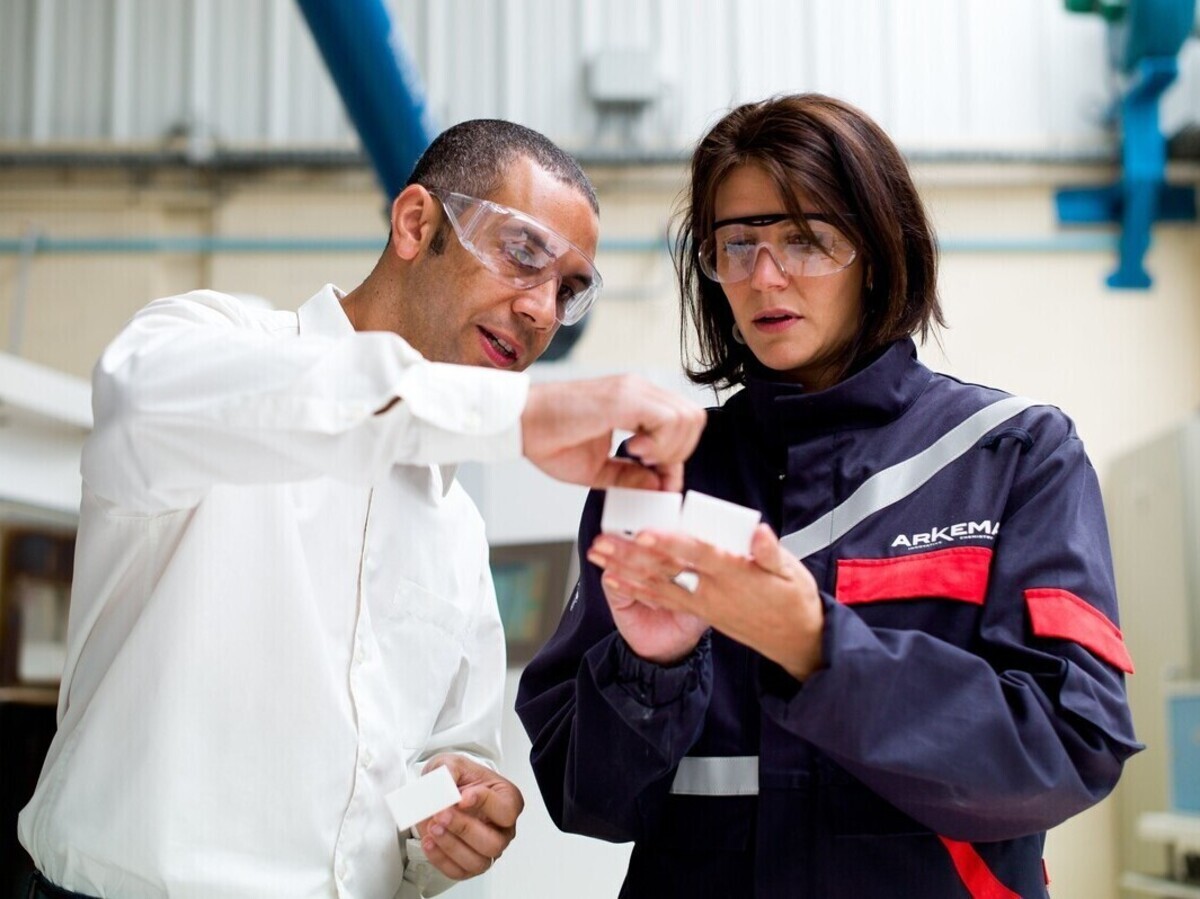 PA11 was chosen as one of the earliest examples of a 3D-printed production part. Printed PA11 air ducts have been used on airplanes for decades.

Recently, bearing manufacturer Bowman International selected PA11 to produce a new line of roller bearing cages with MJF technology. Bowman’s AM director Jacob Turner described PA11 as a “higher-grade engineering material”, citing the polymer as having boosted load capacity and part longevity to up to five times higher than that of the same part manufactured by injection molding. Since some of their

parts clip together, Bowman was especially excited about PA11’s mechanical properties and superior elongation at break.

In an additional example, industrial 3D-printing company EOS recently partnered with well-known 3D-printing service provider Shapeways to use PA11 in LS technology for applications including prostheses and robotics, as well as medical devices and tooling. 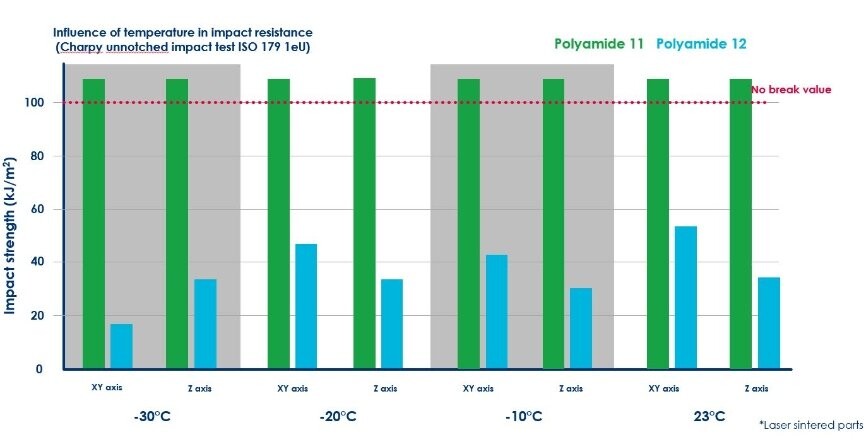 Additive manufacturing is increasingly being chosen for its positive impact on the climate. Rather than producing parts in a centrally located plant and shipping them on high-emission container vessels and trucks, organizations are looking to digitalize their production networks with additive manufacturing: producing only what is required, where and when needed. Companies are also demanding cleaner, more sustainable materials. PA11 is a 100% bio-based polymer made from castor oil, and selecting it fits in perfectly with this eco-conscious strategy to help achieve corporate social-responsibility goals. Arkema is a founding member of the Pragati initiative enabling sustainable caster-crop production.

For those on a quest to move beyond the status quo with high-performance sustainable solutions, Rilsan® PA11 offers a unique set of properties, positioning itself as the best option for 3D-printed part quality, durability and eco-friendly production in additive manufacturing.

Elium® resin: a disruptive innovation in the world of composites?