The major shutdown of 2018, investments made in the Lacq-Mourenx site, and relations with local residents: Site Director Hervé Brouder takes stock of Arkema’s recent initiatives and outlines the site’s future.

What kind of work did Arkema have done on these facilities during the major shutdown at Lacq/Mourenx in the spring of 2018?

The site was closed down from the end of February to the end of March 2018 as part of a major regulatory shutdown. We took advantage of this shutdown to modernize our facilities, in particular by installing new measuring and control equipment to improve workshop operations and reduce the environmental impact of our activities.

To give you an idea, more than 3,300 checkpoints were inspected during these two months, resulting in extensive servicing of multiple devices (pumps, valves, piping, storage bins, etc.).

“We invested 22 million euros in this major shutdown.”

This work involved all workshop staff as well as many outside companies. At peak periods, across all business areas, there were as many as 500 employees working. Since the safety of people is a priority for Arkema, we are pleased that no accidents or incidents occurred during this shutdown.

During this shutdown, we performed operations on the Sulfur Recycling Unit (SRU), acquired by the Group two years ago. The aim was to improve its availability, thereby minimizing the need to flare effluents as much as possible.

In total, we invested 22 million euros in this major shutdown. 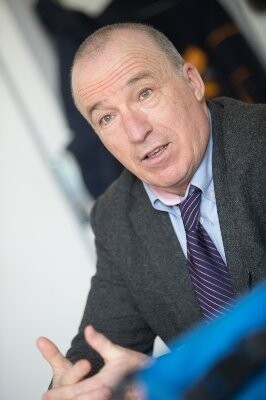 The SRU is widely criticized in terms of pollution in the basin. What actions and investments have you undertaken to remedy this situation?

Arkema has been operating the SRU since April 2016. This unit is a great asset to the environment. In terms of atmospheric emissions, the SRU venting treatment emits 1,000 times less sulfur dioxide than flaring does.

We have invested heavily in operating this treatment unit according to our standards, and we continue to invest.

We have a new three-year plan underway with two major focus points:

This plan has been drawn up and is being carried out under strict supervision by the prefect and the DREAL (Regional Environment Directorate), following a precise timetable set by prefectural decree. It represents an investment of 3.5 million euros for Arkema and will be rolled out between the end of 2018 and the beginning of 2020.

Looking beyond Arkema, the issue of odors and pollution for local residents persists. What are you doing with the platform’s other industrialists?

For years, the basin has been known for its issues with odors. This is typical of sulfur, which has been extracted with gas in the area since 1957. What is particularly complicated is that the detection threshold for an odor is very low and far below the slightest impact on the environment or health. Moreover, what was acceptable yesterday by local residents is less acceptable today. This is a reality and a challenge that we take fully into account.

As soon as the first reports were received from local residents in 2015, industrialists rallied to understand, identify and reduce odors and pollution. We have, for example:

And we have achieved this while pursuing numerous investigations: sampling and analysis at the outfalls and in the environment.

“We have already made progress, but we must continue. This is what we are doing.”

The issue is complex, and the source(s) of the perceived pollution has (have) still not been identified, despite all the analyses and studies undertaken with independent external specialists.

And that’s our main concern. We also believe in the importance and continuation of dialogue with local residents, which is why we have proposed a regular “community conference,” led by an independent speaker, to allow all stakeholders to express their views.

The platform’s initiatives are fully in line with Arkema’s broader Common Ground® program, which aims to build a relationship of mutual trust with its neighbors.

We have already made progress, but we must continue. This is what we are doing. But all this will not be resolved in a day, and we must bear this in mind.